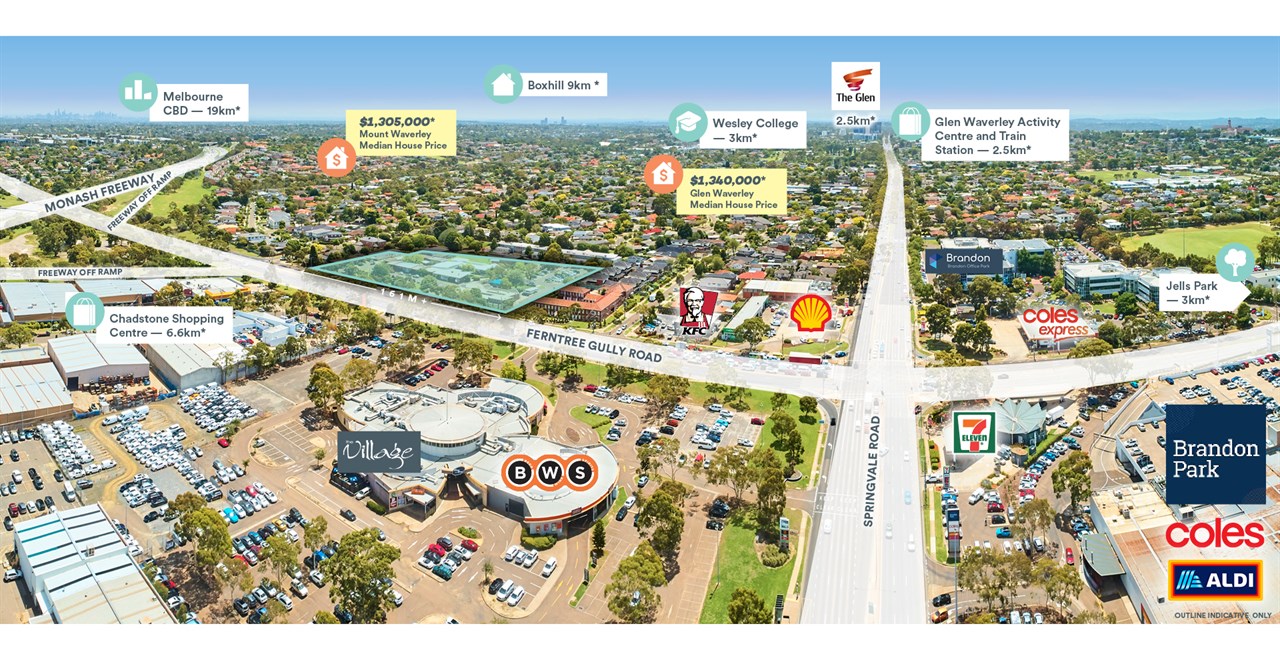 Prominent Melbourne based developer Jeff Xu has agreed to pay $23 million for a 1.65-hectare residential site in the city’s south-eastern suburbs, close to Chadstone Shopping Centre.

Currently home to a childcare centre and other educational buildings, the large site at 583 Ferntree Gully Road in Glen Waverley was offered for sale by registered charity and not-for-profit childcare provider bestchance.

The charity will continue to provide childcare services, including operating its Cheshire School, from a retained portion of the site.

Just across the road is the Brandon Park Shopping Centre, and Chadstone is just a seven minute drive  away.

Mr Xu would know the site well – close by is Vicinity Centre’s The Glen Shopping Centre where his Golden Age Group is undertaking a $450 million apartment development above the mall. The three tower development includes 555 apartments.

Golden Age’s other projects include skinny high-rise Collins House, nearing completion on Collins Street, and an office development called Victoria Place, which it recently sold for about $300 million together with its development partner Time & Place to the Australian arm of Singapore-based fund manager ARA Asset Management.

Last year, Golden Age paid about $40 million for an eight-level office building at 130 Little Collins Street put up for sale by the Uniting Church.

The sale of the Glen Waverley site was handled by CBRE’s Mark Wizel, Julian White and Chao Zhang in conjunction with Vinci Carbone Property.

“This was an excellent result for both the vendor and the purchaser in the most uncertain market we have ever seen,” Mr Wizel said.

“What we do know is that there is a significantly large group of developers looking at new opportunities – the strong response to the campaign bore that out – with the knowledge that underlying fundamentals including population growth will ultimately drive demand for new product”.

“The key here was a site with enormous development potential in one of Melbourne’s most dynamic residential growth zones, which has seen an extraordinary 16 per cent growth in the median house and unit price over the 12 months to February,” Mr Wizel said.

“How much we can take from each sale as a guide to the future is really unknown, but given the very good response to this sale we may see a surprising degree of activity from developers in acquiring sites in preparation for an inevitable’ upturn.”