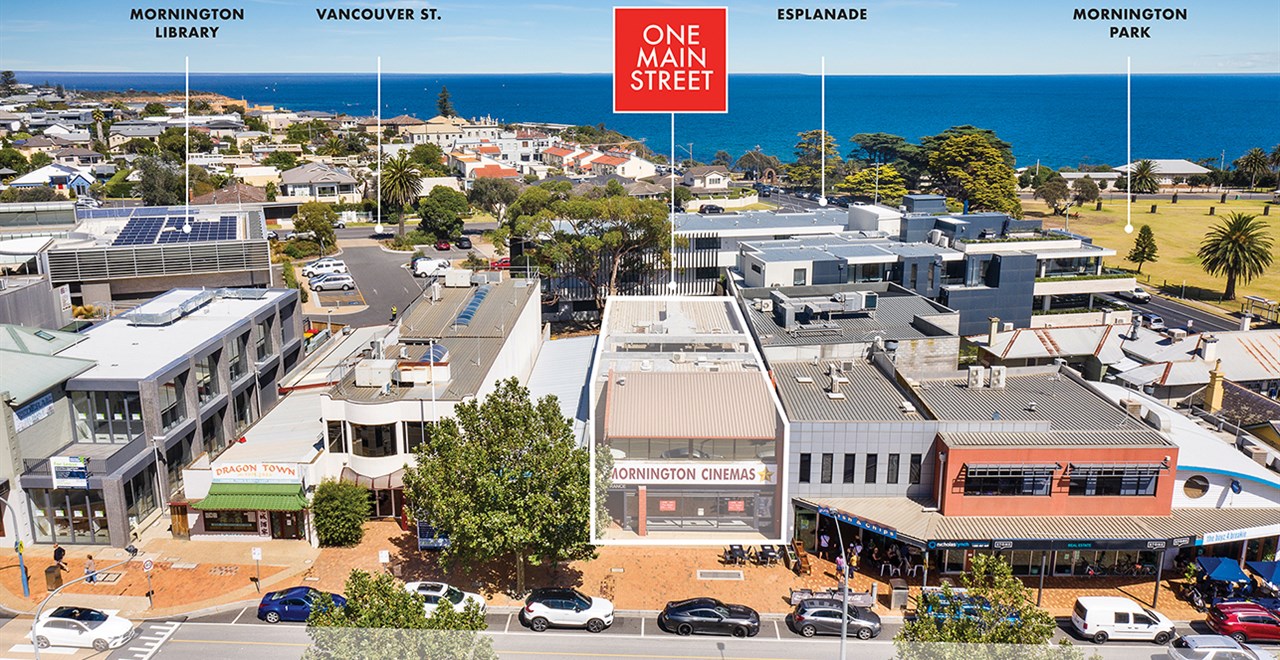 The recently closed Mornington Cinemas is for sale for the first time in 35 years.

The 569 square metre building at 1 Main Street could be refurbished as a mixed-use commercial investment – at the beach end of popular strip, it has access to a major council car park also servicing the suburb’s library.

More likely, the marketing agents say, a builder will buy it.

“The development options for this freehold are endless given the flexible Commercial 1 zoning, which allows residential and commercial, subject to approval” Vinci Carbone’s Joseph Carbone said.

It also abuts new four level projects: Parkvue on the Esplanade, and Miramar (Main St), both with offices, shops and apartments, he added.

Vinci Carbone colleague Stephen Speck with Jacobs and Lowe’s Michelle Adams and Jeremy Lewis are marketing 1 Main St on behalf of a local investor who has held it since 1985.

It is expected to sell for more than $3 million at an onsite auction on April 7.

Mornington is about 53 kilometres south of Melbourne.

It is two suburbs from Frankston, also the nearest train station.