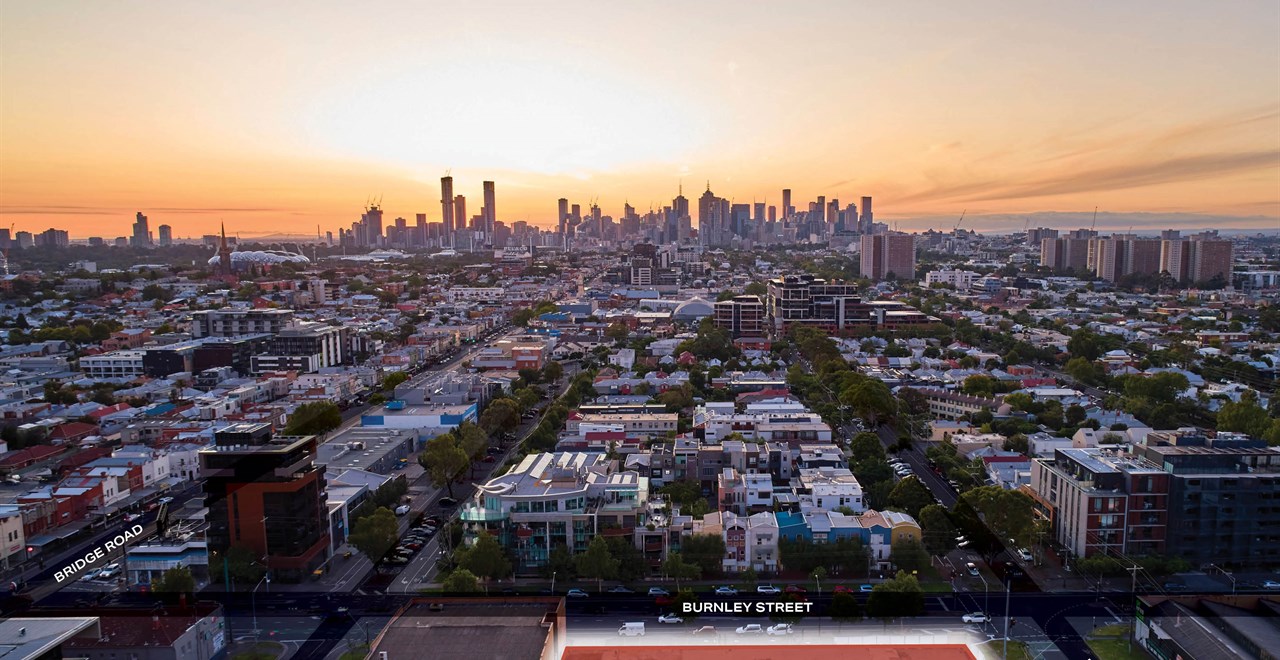 The half acre site, at the south east corner of Burnley and Murphy streets – about 300 metres from the Harry the Hirer’s block where a Gurner JV announced an $800m residential project this week – could sell for more than $17 million.

The property was recently permitted for a nine-storey office with ground floor retail – all up with 10,000 sqm of lettable area.

An alternative scheme for a double-height showroom beneath three levels of commercial space is also being marketed as part of the latest sales campaign.

Given the zoning, either proposal could incorporate education, hotel, healthcare or aged care product.

The brokers said the vendor is going to market after receiving several unsolicited offers.

Light to four sides and a city view: 175 Burnley Street

The high-rise office proposal was penned by Jackson Clements Burrows.

Predominantly glass, the building would offer large floorplates and light from four sides; it is also designed with a rooftop terrace, balconies and three level basement containing 122 car parks, end-of-trip facilities and a bike workshop.

“Areas of Richmond, particularly Cremorne, have seen values skyrocket with land value sitting at about $13,000 per sqm and rents at above $600 per sqm, pa,” Mr Vinci said.

Hardie Grant, MYOB and The Walt Disney Company occupy in its pocket of Cremorne.

Reece and Seek pre-committed to commercial buildings presently under construction in the area – the former will move from Burwood and the latter, from St Kilda Road.

Fred IT, which recently pre-committed to the Craftworks office in neighbouring Abbotsford, will pay net rent of $495 per sqm, pa.