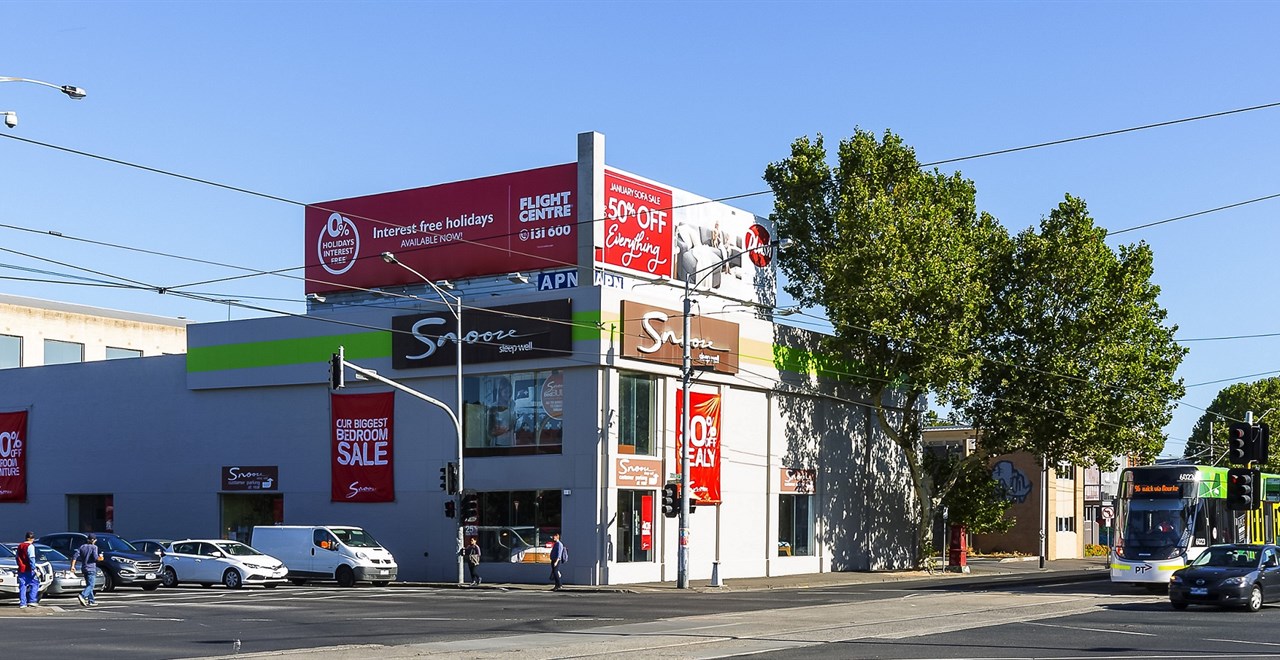 An investor has paid just over $7.6 million for one of the inner north's most prominent corners.

A two level building, tenanted for years by bedroom furniture retailer Snooze, occupies 368-370 Nicholson Street, at the south east corner of Alexandra Parade - the busy thoroughfare that connects the Eastern and Tullamarine freeways.

Zoned Fitzroy, the site is at the intersection where three other suburbs meet: Carlton, Carlton North and Fitzroy North.

As well as the Snooze franchise, advertiser APN Outdoor is a rent payer controlling a giant display on the roof.

On a 1,555 square metre block, it can be considered for high density redevelopment after the last lease ends in 2021.

Frank Vinci and Joseph Carbone of agency Vinci Carbone said the property generated 115 enquiries from a mix of investors and developers. Five bidders vied for the property at last week's auction.
Back to News