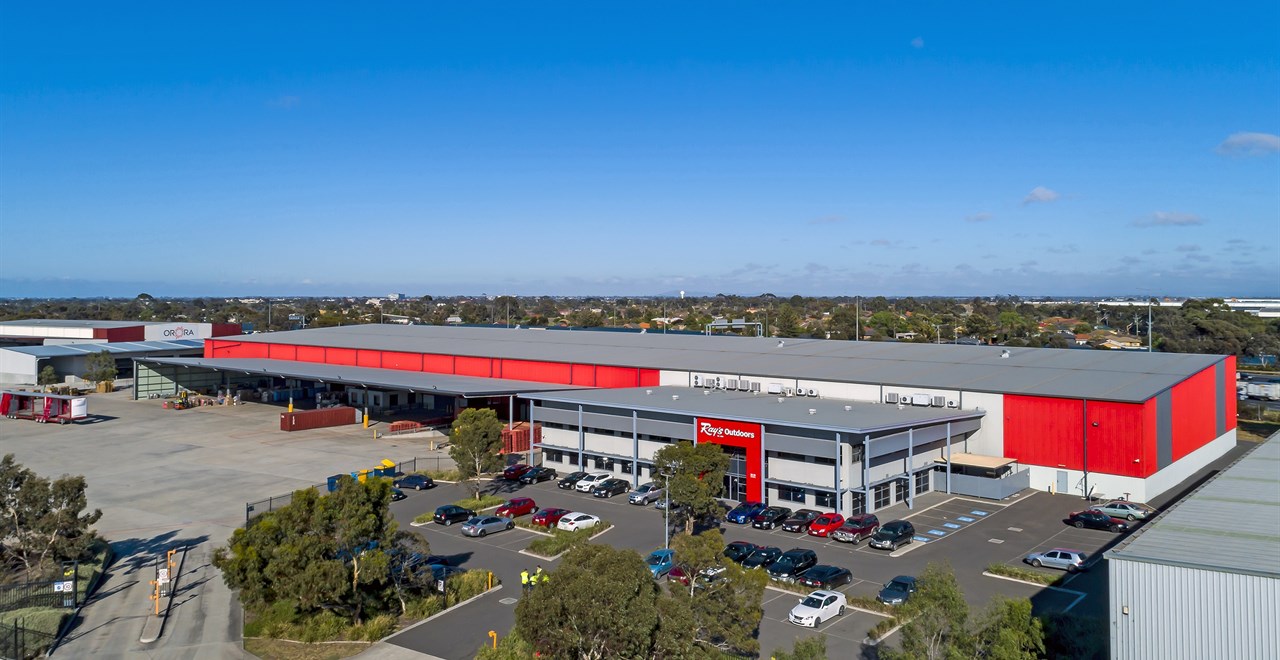 The Altona site at 28-30 Marshall Court is fully leased to Rays Outdoors Limited which pays annual rent of $2.13 million, with fixed annual rent reviews of 2.5 per cent, on a lease expiring in 5.6 years.

On that basis, the asset, 13 kilometres from the city, is selling on a passing yield of 7.2 per cent.

Rays Outdoors Limited, which is owned by ASX-listed Super Retail Group, has a five-year renewal option beyond 2024.

The property contains 20,200 square metres of area, configured as hardstand, warehousing and offices.

It has more than 240 metres of frontage to the busy Princes Freeway.

Charter Hall said its DIF4 provides exposure to a portfolio of eight directly owned industrial and logistics assets as well as an investment into a Charter Hall wholesale diversified industrial partnership, providing a geographically dispersed portfolio throughout Australia.

"The property is situated within a prime location with direct access to the Princes Freeway via the Kororoit Creek Road on-ramp and is within one kilometre from the Altona Logistics lntermodal terminal, which is part of the Victorian government's strategy to have an integrated rail system between the Port of Melbourne and three key industrial areas (Altona, Lyndhurst and Somerton)," a company announcement about the Marshall Court deal, said.

Following the Altona purchase, DIF4 has $387 million of funds under management. This is expected to grow to over $500 million, the company said, "as additional equity is raised and deployed".